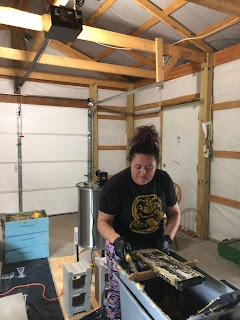 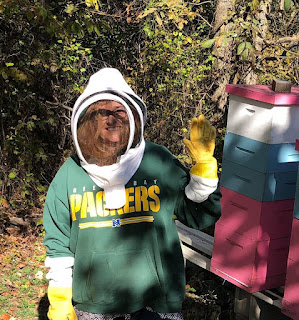 As the day went on, I didn't die and the honey was processed.  But those BEE'S!!!! A bee can only sting once and it is dead.  They better start thinking about that!  I'm so glad I'm not a bee!
Posted by cinda sue originals at 2:12 PM