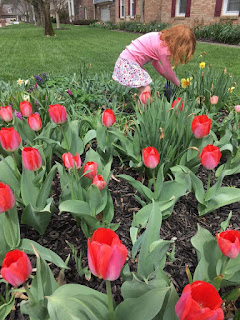 I have been thinking about poor Brad.  You know the guy who's wife was fired on his birthday after 11 year with a company.  He just wants to know why.  Social media really isn't a very nice form of communication sometimes, it creates false empathy.  I shouldn't give a flip about Brad. Yet, here I am! And why am I so wrapped up with April?  Her video will replay over and over again once she has that baby!!! And I will probably watch it....over and over AND over and over!

In the last century, no one cared that I was fired from my first job.  No one wanted to watch me give birth to my children. So why are we consumed with other people's business now?

Poor Brad!  No one can eat at the restaurant that his wife worked at  without wondering "why was she fired?"  Poor me.  I was fired from my job of 3 days, husking baby corn for a pickle factory.  I wasn't fast enough, imagine that.  Yes, poor me, I was making $.39 an hour.  I needed that job!  No one eats pickled baby corn and feels sorry for me!

Poor April.  She will be pregnant for 15 months.  Good lord! I thought 9 months was torture.  And then I experienced it several time over.  If there was any sort of video camera on me while living the hell of pregnancy, I would have been jailed for killing the photographer.  Maybe it is a good thing that April is a giraffe!  But still, poor April.

I could learn a lesson from Harper, almost 5.  She and  her preschool classmates were attentively listening to their teacher. Mrs. C was questioning the children about words that begin with the letter N.  The kids weren't coming up with anything but the teacher noticed that Harper's little brain was working on a word.
Her teacher asked, " Harper, do you have a word that begins with the letter N?"
Harper softly replied in a questioning tone, "Noneofyourbusiness?"

I guess the best thing to do is don't listen and don't look! All of this is "none of your business." NA! Poor Brad and Poor April!  Who's next? I have an abundance of empathy that I need to use.
Posted by cinda sue originals at 10:04 AM